Meet the team: an interview with Next-CSP partner INP Toulouse 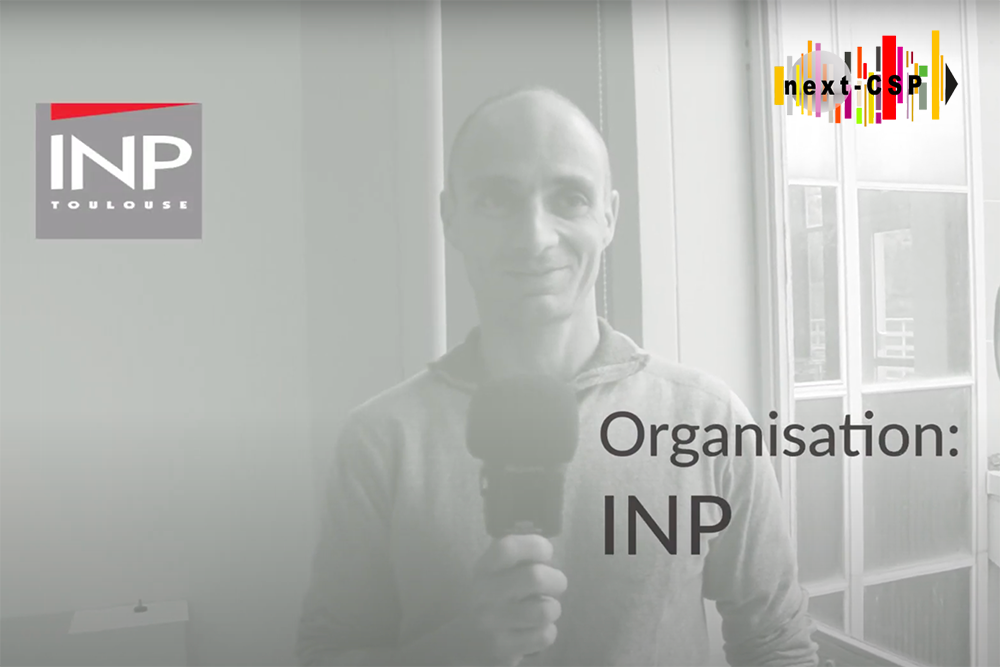 Discover the people behind Next-CSP in our interview series in video! This time, meet Renaud Ansart from INP Toulouse (France) who answered 5 questions about his role in the project, the challenges and the next steps.

You can also find all the partners interviews in the Communication materials section of the Next-CSP website.

Can you tell us a bit about yourself?

What’s your role in the Next-CSP project?

My job is to optimise the solar receiver because in the previous European project we encountered some trouble in the behaviour of the solar receiver. There was the formation of a slug and we want to reduce it. The slug is a huge bubble, about as big as the diameter of the tube. When we have this huge bubble, the efficiency of the solar receiver is strongly reduced, so we want to reduce this bubble. One way to do this, is to add fins in the tube to break these bubbles. The aim of the numerical simulation is to predict the behaviour of a suspension with and without a fin and with gradients of temperature. From the bottom to the top of a solar receiver there’s a wide range of different temperatures, so big differences in gas velocity as well as differences in the particle behaviours.

What are the most challenging aspects or your tasks?

What should be the next steps after the end of the project?

I can imagine two steps. The first one is to develop at a larger scale, to scale-up this loop, this production of electricity. Because, in Thémis, we don’t work at a commercial scale. We’re designing on a commercial scale, but it hasn’t been proven. So it can be one possibility. And one other possibility is to apply this technology of a solar receiver for other reaction processes. We can use it for methanation or gasification for example. Thanks to the best properties of a solar receiver we can control the solid mass flux inside the tube. So we can regulate this solid mass flux and it’s very useful for chemical reactions. I think we can apply this technology to some new possibilities for processes.

No, it’s a good project with kind partners and we’re very happy to be part of this project.